A while back, if you were looking for the best graphics card under $300, your decision would’ve been easy – a GTX 1060 or RX 580 would’ve been the card of choice. However, with the introduction of more recent AMD and Nvidia models, the sub $300 GPU performance hierarchy has changed.

As it currently stands, AMD has the crown for the best graphics card under $300 with the RX 5600 XT. However, given that The RX 5600 XT provides similar if not better performance to the RTX 2060, it will be interesting to see if Nvidia decides to lower the price of the RTX 2060 in reponse.

Nevertheless, to help you with your decision, below we have reviewed the top 6 best graphics cards under $300. We’ve got our GPU hierarchy ordered so that the best performers are first on the list, with some cheaper options that don’t perform as well a bit lower down on the list.

These are the best budget graphics cards between $300 and $200 for those looking to game at both 1080p and 1440p on medium to ultra-settings depending on the game. It is also important to note that just about any of these cards can run most modern titles pretty easily. If you have a lower GPU budget, you can check out the best graphics card under $200. 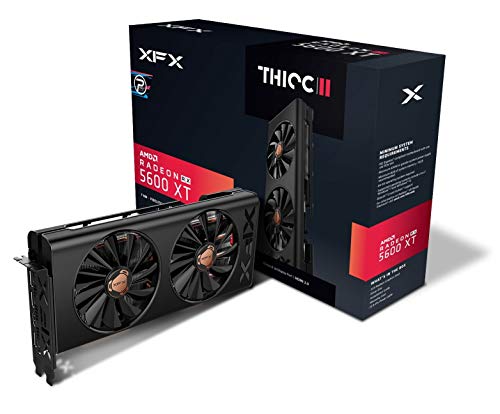 AMD is somewhat on a roll with their graphics cards lately, and their RX 5600 XT is no exception. This is another mid-range graphics card that comes with a pretty nice spec sheet, and at below $300, it’s a great pick for any midrange gaming build.

It’s built on AMD’s RDNA architecture, which means you get new compute units, as well as a multi-level hierarchy for cache memory that significantly reduces latency. In addition to this, the new instructions are a lot better suited for visual effects. It’s also another one of the AMD GPUs that switched to GDDR6 memory, as opposed to the previous generation that used HBM2. This is done for two reasons. First, it offers very high bandwidth, and second, it’s a lot more efficient. The fact that this GPU only draws about 150W of power speaks volumes.

As of a few months ago, the Nvidia GeForce GTX 1660 Ti is the best graphics card under $300. It’s a graphics card with their new Turing architecture, but one that doesn’t include ray tracing technology. This is what helps it keep a low price, and why it fits just right in builds where your GPU budget is $300.

That Turing chip comes with 1536 CUDA cores which is an excellent number. The memory has a base clock of 1500 MHz, but the boost clock is significantly higher, at 1770 MHz. You’re getting Nvidia’s GDDR6 memory, 6GB of it to be specific, which should help quite a bit at resolutions higher than 1080p. That GDDR6 memory comes with a speed of 12 Gbps, which is what allows the 192-bit memory to reach a maximum bandwidth of 288 GB/s. For a card that’s meant to be midrange at best, this is impressive.

And while with the red camp, something with this performance would easily require a massive PSU and very efficient cooling, the GTX 1660 Ti has a TDP of a mere 120W. It does require an 8-pin connector, but a 450W PSU is actually enough to power it, as well as the rest of your build. Last but not least, you’ll get all the latest connection options, such as Dual-link DVI-D, DisplayPort 1.4a, and HDMI 2.0b. 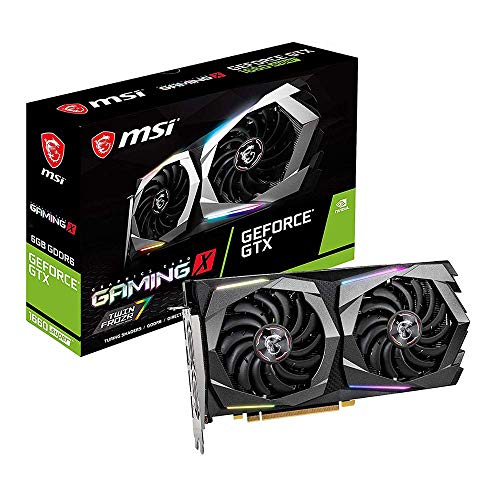 While the RTX graphics cards by Nvidia arguably made more noise, it’s the GTX1660 Super that’s one of the best picks under $300 if you’re on the camp green side. With a Turing architecture, it’s about 20% faster than a regular GTX1660, and about 50% faster than a GTX1060, which is quite a bite.

Turing shaders make an appearance here, with adaptive shading and a new memory architecture that gives you both increased performance, and reduced power consumption. They also keep the GPU a bit cooler, too.

It comes with 6GB of GDDR6 memory with a speed of 14Gbps, a base clock of 1530MHz and a boost clock of 1785MHz, which should push games pretty easily. Add to this 1408 CUDA cores, and you’ll be able to push a lot of modern titles easily.

Just like it was the case with the GTX 1050 Ti, the GTX 1660 Ti also has a marginally weaker performing, and marginally cheaper brother – the GTX 1660. It’s still a full-fledged Turing card, albeit with fewer CUDA cores and different, slower memory. If you can’t spring for the Ti, this GPU is a good alternative.

The first difference, as we mentioned, is in the CUDA cores – the regular GTX 1660 only has 1408, compared to the Ti’s 1536. It is, however, clocked slightly higher, with a base clock of 1530 and a boost clock of 1785. The memory is the other big thing because here you get slower, GDDR5 memory. This is certainly not a bad thing – the majority of the GPUs out there today use it. It caps out at 8 Gbps though, which gives the 192-bit bus a maximum bandwidth of 192 GB/s. Still great for a budget card.

In terms of power requirements and connectivity, the GTX 1660 has a 120W TDP and requires at least a 450W power supply with an 8-pin connector. It also comes with HDMI, DisplayPort, and Dual-Link DVI-D connections. This is identical to the Ti variant, so you aren’t missing out on anything here. Unless you need the faster memory and more CUDA cores, the regular GTX 1660 is actually an excellent option for users looking to get a midrange build or upgrade their aging GPU. 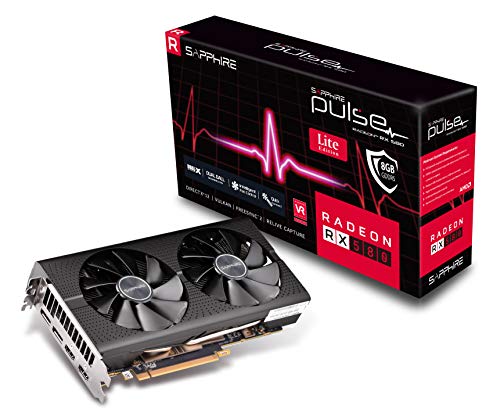 AMD has been notorious these past few years for releasing products that perform just as good as the competition, at prices that are often significantly lower. The RX 590 is the GTX 1660’s closest competitor when it comes to performance, and is one of the best graphics cards for the money. So, what do you get with AMD’s card? Let’s find out.

To begin with, this is still their Polaris architecture, so nothing new compared to their lower end models. It does come with 2304 stream processors, as well as a base clock speed of 1469 MHz, and a boost clock speed of 1545 MHz. Combine this with 8GB of GDDR5 memory, and you’ve got yourself a very solid performer. That memory comes with a 256-bit interface width, and at 8 Gbps, you’ll be getting 256 GB/s of bandwidth. So far, so good – great performance and a good price.

However, not everything is so shiny for the RX 590, and there’s one glaring downside to it, compared to the competition. The card’s TDP is 175W, which is quite a lot, and will generate a lot of heat. You’ll need great case cooling if you are to take advantage of it. You will also need at least a 500W power supply, while a 550W is what’s recommended, and one with an 8-pin connector. If you can look past the power requirements, the RX 590 is certainly among the best budget graphics cards. 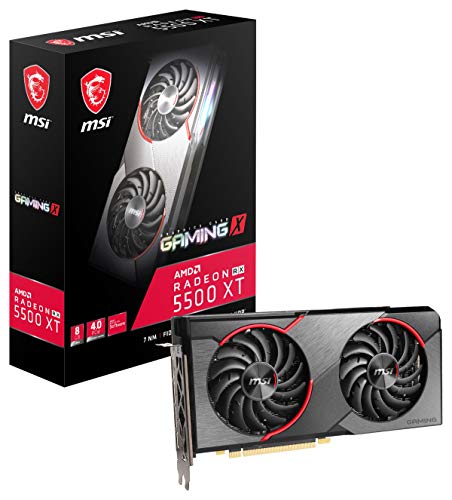 While Nvidia appears to be dominating the high-end GPU market, AMD’s Radeon GPUs are a very viable option for those who don’t game at high resolutions. If 1080p is enough for you, the RX5500XT could be a great pick under $300.

It comes with Radeon’s new RDNA architecture that has new compute units, new instructions and a cache hierarchy with multiple levels that reduces latency and improves the gaming experience. You have a maximum boost frequency of up to 1845MHz and an effective memory speed of 14Gbps. We’re talking about 8GB of GDDR6 memory which should push high framerates at 1080p.

Oh, and one more thing you won’t expect with an AMD GPU is that the new architecture we mentioned is actually pretty easy on the power, so you can run it even with a 450W PSU – ideal for a budget build.

Admiring the dedication you put into your blog and detailed information you present. It’s awesome to come across a blog every once in a while that isn’t the same unwanted rehashed material. Fantastic read! I’ve bookmarked your site.